How to Avoid an Assault Charge

The consequences of an assault charge can follow a person for the rest of their life. Even if a conviction doesn’t occur, you already face a ruined reputation and significant emotional trauma from the arrest. The long-term effects of an assault charge can present many challenges. If you end up with a criminal record, you could lose your job or have trouble pursuing higher education.

Texas law classifies assault as a Class A misdemeanor. It’s a serious crime with serious penalties. A conviction can result in up to one year in jail and an expensive fine. You lose your freedom and have to fight an uphill battle trying to put the pieces of your life back together.

You could avoid an assault charge, but you must follow specific steps following an arrest. If you don’t handle the process correctly, you can suffer the far-reaching consequences of your actions. Use these tips following an arrest for assault to avoid a charge or conviction.

Don’t Speak to Anyone

If law enforcement asks for your name or proof of identification, you must comply. Beyond that, you don’t have to say anything else. If an officer asks you any questions to obtain information about the crime, you can assert your right to remain silent. 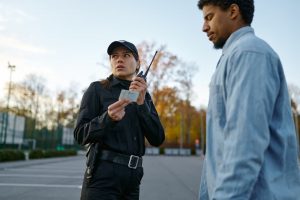 Although it might seem necessary to explain yourself under certain circumstances, talking could make the situation worse. The officer might seem friendly and act like they’re on your side. Unfortunately, their goal is to extract details that could prove you committed the offense.

You have no legal obligation to answer any questions law enforcement asks during or after your arrest. However, it’s never a good idea to treat them with disrespect. Be polite at all times, and don’t try to talk your way out of the situation. You should also avoid resisting during the arrest. If you try to run away or become physically aggressive or violent, you could face additional charges.

If officers bring you to the station for questioning, tell them you want to consult your attorney before proceeding with any interrogations.

Refuse a Search of Your Home or Car

An arresting officer can’t perform a thorough search without a search warrant. Law enforcement can only look in the vicinity of your arrest if they don’t have a warrant and you haven’t consented to a search. They’re not allowed to walk into another room in your apartment or look in the trunk of your vehicle to locate evidence.

The arresting officer should have read you your Miranda rights. Another right you have following an arrest is the right to a lawyer. If a member of law enforcement attempts to interrogate you, inform them of your desire to speak with your attorney first. Whoever you hire for legal representation is allowed to be there during questioning.

If you can’t afford to retain someone’s legal services, your rights also allow you to seek legal assistance from an attorney appointed by the county where your arrest took place.

The officer violates your rights if they deny you access to your lawyer and continue with the interrogation.

It can be more challenging to prepare for the upcoming arraignment while in jail. Since you’re only allowed one phone call after an arrest, you should ask your lawyer to find out your bond amount. If you or someone you know can pay, your lawyer could help with the process of your release.

Common Defenses to an Assault Charge 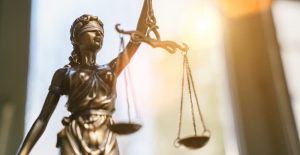 If the judge proceeds with charging you with assault, your lawyer can create a legal strategy to defend you. The most common defenses to charges of an assault offense include:

If you were arrested or charged with assault, call Rosenthal Kalabus & Therrian at (972) 369-0577 for a free, confidential consultation.

Our legal team will advocate for your rights and fight to get the charges against you dropped or reduced. We will tirelessly work to try to secure your freedom and protect your future.