What is a Crime of Moral Turpitude

Not all crimes are created equal. Even within certain classification levels (i.e. Class A, Class B, etc.) there are crimes which burn off the page of a criminal record. While it is wise to fight to keep just about any offense off your record, none are more important than those considered “crimes of moral turpitude.” What is a crime of moral turpitude?

Like many things in the law it is a fancy phrase without a simple definition. Some quick legal research makes this point evident. The Houston Court of Appeals, in a case titled In the Matter of G.M.P., gives us no less than six definitions:

In latin, we would refer to a crime of moral turpitude as malum in se which means “wrong in itself” – a collection of crimes which are traditional and not just created by statute, which are malum prohibitum.

There is not bright line dividing crimes of moral turpitude from the rest. Certainly, under any definition would fall crimes like Theft, Burglary, Assault, Rape, Murder and variations of those crimes. Because the definition of a crime of moral turpitude depends on the subjective opinions of society, the category can broaden based on the type of individual analyzing a criminal record. One good example would be the crime of Driving While Intoxicated. While most people would consider this a serious public safety and traffic related offense, there are a good amount of people who would characterize DWI as a crime of moral turpitude. 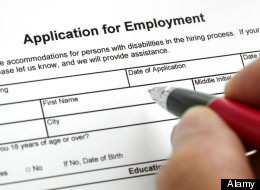 The more likely it is for an offense to be considered a crime of moral turpitude, the more important it becomes to protect your criminal record. In Texas there are a variety of ways to avoid the mark of shame which comes with a criminal conviction, but not all are created equal. If your concern is a criminal record, hire an attorney who can explain the implications of each step in the criminal process and, when push comes to shove, leave it all out on the courtroom floor to protect a criminal record.