Why Using a Public Defender Is a Bad Idea 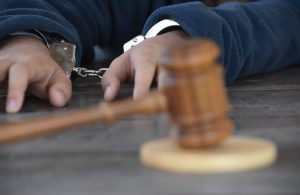 The Sixth Amendment of the United States Constitution guarantees everyone the right to an attorney during criminal cases. A U.S. Supreme Court case, decided almost 60 years ago (Gideon v. Wainwright), held that if a person wants an attorney but cannot afford one, the state must provide them with an attorney at no cost. Justice Hugo Black wrote in the opinion that “fair trials before impartial tribunals  in which every defendant stands equal before the law . . . cannot be realized if the poor man charged with crime has to face his accusers without a lawyer to assist him.”

Today, however, if you can afford a private attorney to defend you in your criminal case, you should hire one. Although public defenders’ offices do the best they can and, in some cases, do outstanding work, if there is any way you can avoid a court-appointed lawyer, you should do so.

What Is Wrong with Public Defenders?

As attorneys, nothing. Public defenders go to the same schools, pass the same bar exams, and practice before the same judges as their private law firm colleagues. Unfortunately, they have handicaps that you, as a criminal defendant, should not have to deal with.

You can have a successful case with a public defender and even win, but your chances are better with a private attorney who has the time, resources, and experience to devote to your case.

Can I Fire My Public Defender? 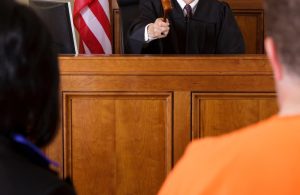 The short answer is no, you can’t. Not unless you’re getting a private attorney. One major problem with having a public defender is that once you’ve been assigned one, you’re stuck with them until your case is over.

In some rare cases, defendants have been able to show that their public defender is simply unable or unwilling to defend them, but this is not the norm. One of those rare cases was that of the unfortunate defendant whose court-appointed attorney slept through his murder trial and the reading of his death sentence. An appellate court upheld the death sentence, saying that sleeping through parts of the trial did not constitute inadequate representation of counsel.

This sentence was later overturned by the U.S. Circuit Court, and the defendant was granted a new trial. The U.S. Supreme Court refused to accept Texas’s appeal of the 5th Circuit’s decision. The defendant eventually took a plea deal that left him in prison for life — 29 years after the original trial began.

How Do I Find an Affordable Criminal Defense Attorney?

Don’t give up if you don’t find an attorney right away. Not everyone needs the Dream Team, and not every attorney charges Dream Team fees.

At Rosenthal Kalabus & Therrian, our Collin County criminal defense lawyers understand that not everyone has unlimited funds, but when you’re facing criminal charges, you want the best representation you can get. We offer you a free initial consultation so that we can discuss your case and explain how it is likely to proceed and what the fees might be. We’ll work with you for the best possible outcome without over-promising on what is likely to happen.