What to Do If Your Arrest Was Unlawful 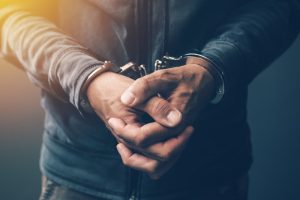 Police officers have the right to arrest people. However, that right is not absolute. For an arrest to be lawful, sufficient evidence must show probable cause. If an officer does not have probable cause and arrests someone anyway, that may constitute an unlawful arrest. Sometimes the person unlawfully arrested has the right to sue the arresting officer and/or the employing police department for the unlawful arrest, depending on the circumstance.

Probable cause means the police cannot simply arrest someone because of a hunch. They must have reasonable grounds. Whether a police officer has probable cause will usually depend on the totality of the circumstances. This means that the court will take everything the officer knew or reasonably believed when the arrest occurred to determine if there was sufficient probable cause. For example, the following situations may result in unlawful arrests:

If an arrest is found to be unlawful, any evidence obtained resulting from the unlawful arrest will be considered inadmissible.

What Is an Arrest?

Not all interactions between an officer and a citizen are considered an arrest. To be considered an arrest, the person must reasonably believe they do not have the right to leave. For example, if you are asked to go down to the police station and are being questioned, and you have the right to walk out, that may not count as an arrest. A good indication that someone has been placed under arrest is that they are placed in handcuffs, but that is not always required in an arrest.

What to Do When You Are Being Arrested, Even If It’s Unlawful

Being arrested can be emotional, especially when you believe it is an unlawful arrest. Still, it is important to remain calm, so the situation does not worsen. Even if the arrest is unlawful, a resisting arrest charge can result even if you are resisting the unlawful arrest.

Resisting arrest in Texas is considered a Class A misdemeanor, which is punishable by up to one year in jail and up to a $4,000 fine.

What to Do After Being Unlawfully Arrested 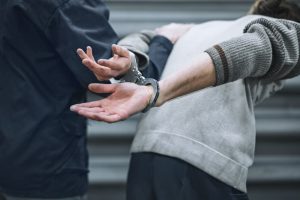 If you were unlawfully arrested, you should contact a skilled and knowledgeable attorney immediately. The underlying charges resulting in the unlawful arrest will need to be cleared, and you’ll need an attorney for that. In addition, after your unlawful arrest, the prosecution may try to negotiate a plea deal that could complicate any unlawful arrest claim you wish to make.

Sometimes when people assert that they were the victim of an unlawful arrest, they will claim their civil rights have been violated. However, if the unlawful arrest resulted was carried out by a non-uniformed or off-duty police officer, you cannot claim a civil rights violation because they were not acting in their official capacity as a government employee.

To file a civil rights lawsuit, an individual must show the following:

Civil rights violation complaints may be filed in either federal or state court. However, the amount of compensation that can be recovered in state court is limited because state officials generally cannot be sued for monetary compensation.

If you were unlawfully arrested in Texas, one of our experienced Collin County criminal defense attorneys of Rosenthal Kalabus & Therrian is ready to deal with your underlying claims and handle the situation on your behalf. You can count on our attorneys to fight for your best interests and work toward the best result possible for your situation.

Contact us today for a free consultation by calling us at (972) 369-0577 or contacting us online. Let us help you during this difficult time.