Rosenthal Kalabus & Therrian > Blog > Juvenile Crimes > What Is the Difference Between Battery and Assault for Juveniles in Texas?

What Is the Difference Between Battery and Assault for Juveniles in Texas?

Has your child been accused of assault or battery in Texas? Being accused of or charged with a crime can be upsetting and overwhelming for anyone, and this is especially true for children.

As a parent, you may be feeling uncertain about what to expect and anxious for your child’s future. Penalties for juvenile offenders are nowhere near as harsh as those for adults, but your child could still face significant consequences.

The experienced Collin County juvenile defense attorneys of Rosenthal Kalabus & Therrian are here to ease your concerns and protect your child’s rights. To learn more about what to expect in a juvenile assault case in Texas, continue reading or contact us for a free case review.

Who Is Considered a Child in Texas?

The Texas Family Code defines a “child” as any individual who is:

Under this definition, juvenile courts in Texas lose the authority to handle cases against children when they turn 18. The Texas Juvenile Justice Department (TJJD) may not prosecute children under the age of ten, but the Department of Family and Protective Services (DFPS) offers services to at-risk children as young as seven years old.

Courts are typically prohibited from prosecuting children as adults when they commit offenses before they turn 17. However, juvenile courts can transfer juvenile offenders to the adult court system if they commit certain serious offenses.

When Is a Child Considered a Juvenile Offender? 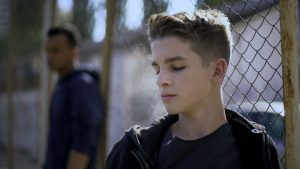 Many states prosecute “assault” and “battery” as related but separate offenses. Assault is usually seen as the threat of imminent harm, while battery is harmful or offensive physical contact. However, Texas Penal Code § 22.01 combines these two offenses into a single crime, which is simply called “assault.”

A person commits an assault in Texas if they:

There is no separate definition for assault with respect to juveniles in the Lone Star State. Instead, a child may face juvenile assault charges if they engage in conduct that is considered assault and that rises to the level of an offense that is punishable by incarceration for adults.

The only time an assault would be considered a low-level offense that is not punishable by jail time is when the offense would be prosecuted as a Class C misdemeanor. A Class C misdemeanor assault occurs when someone threatens another person with physical harm or comes into physical contact with them in a “provocative or offensive” way, with no other aggravating factors present.

Penalties for Juvenile Assault or Battery in Texas 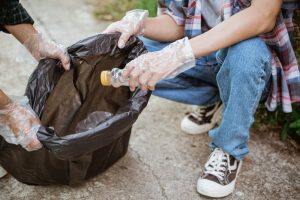 There is no such thing as a “guilty” or “not guilty” verdict in Texas juvenile courts. Instead, the finding for children who are guilty of delinquent conduct is “needs rehabilitation.”

Possible penalties for delinquent conduct in Texas include:

If a juvenile offender is subject to determinate sentencing or transferred to an adult criminal court, they can face more serious and lasting consequences, such as:

Keep in mind that no penalty is a foregone conclusion in a Texas juvenile case. If your child is facing juvenile assault charges, the skilled Collin County juvenile defense lawyers of Rosenthal Kalabus & Therrian can protect their rights and introduce a compelling defense on their behalf, such as self-defense or lack of criminal intent. To learn more about your options for having juvenile charges reduced or dismissed, call us today at (972) 369-0577 or contact us online for a free initial consultation session.