The Difference Between Murder and Manslaughter

Homicide is a felony charge involving someone’s actions that cause another person’s death. It includes multiple types of offenses with numerous forms of penalties.

Murder and manslaughter fall under the category of criminal homicide. A person commits criminal homicide if they knowingly, recklessly, or intentionally, or with criminal negligence, causes someone’s death.

Although both crimes involve similar results, the circumstances of each offense differ.

Elements of a Murder Charge 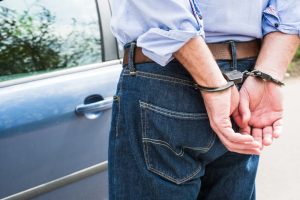 According to Texas Penal Code § 19.02(b), a person commits murder if they:

A primary factor distinguishing between murder and manslaughter is intent. The state can charge a person with murder if the intent to cause serious bodily injury, death, or a felony other than manslaughter exists. Manslaughter does not involve intent.

Elements of a Manslaughter Charge

Texas Penal Code § 19.04(a) defines manslaughter as recklessly causing an individual’s death. Intent isn’t a required factor in proving someone committed manslaughter. Instead, the state must show the defendant was reckless in causing the death.

Recklessness involves actions that pose an unjustifiable and substantial risk of a person’s death. These actions must deviate from what an ordinary person would consider reasonable to prevent serious harm. It also includes knowing the actions could risk someone’s life but engaging in those actions anyway.

How to Defend Against a Murder or Manslaughter Charge

Whether the charge is murder or manslaughter, the possible defense strategies are similar. Below are the most common defenses used in these cases. 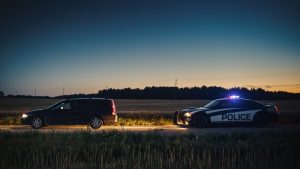 Proving the state charged the wrong person is the point of a mistaken identity defense. The defendant must have a solid alibi for the date, time, and location of the crime. Showing they were somewhere else when the offense occurred could prevent the prosecutor from proving guilt beyond a reasonable doubt.

Challenging the validity of eyewitness statements and forensic evidence is also possible. It raises doubt about the defendant’s link to the crime scene.

Manslaughter and murder are serious offenses. They can lead to imprisonment, fines, and additional penalties. You need an experienced lawyer to represent you in your case and defend against the charge you face.

The Collin County homicide, murder, and manslaughter defense attorneys of Rosenthal Kalabus & Therrian believe in advocating for clients in Texas. We take a personalized approach to meet the unique needs of the defendants we represent. You can count on us to protect your rights and fight for the best results possible in your situation.

Call us at (972) 369-0577 for a free consultation if you were arrested for murder or manslaughter. Let us help you during this complex legal battle.