How to Beat an Evading or Resisting Arrest Charge in Texas

Evading arrest and resisting arrest are two different crimes in Texas. These cases often depend on determining whether an officer’s actions were lawful while they were arresting or detaining someone. However, unlawful arrests can also lead to criminal charges if an assailant assaults law enforcement or commits another crime while attempting to flee the scene.

According to Texas Penal Code § 38.03, a person commits the crime of resisting arrest if they use force to intentionally obstruct or prevent someone known to be a peace officer or an individual acting in a peace officer’s presence from arresting, searching, or transporting them.

Texas Penal Code § 38.04 defines evading arrest as intentionally fleeing from a person known to be a peace officer or federal special investigator who is lawfully attempting to detain or arrest a person.

Difference Between Evading and Resisting Arrest 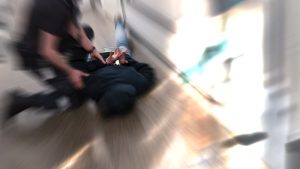 An evading arrest charge requires you to evade officers attempting to make a lawful arrest but doesn’t have to involve using force against law enforcement during the arrest. The state could not bring charges if the arrest were unlawful.

The prosecutor must show you intentionally ran away from the officer while they tried to arrest you. A common defense against an evading arrest charge is proving a lack of intent.

For example, an officer might not clearly identify themselves to an assailant. The person might think someone’s attacking them and fight back to protect themselves.

The prosecutor must prove a defendant’s intent to convict them of resisting or evading arrest. That means a jury cannot find you guilty of either offense if you didn’t resist or flee law enforcement intentionally.

For example, you might have a defense if you thought the officer was attempting to arrest someone else or you couldn’t hear them trying to stop you because you were in a loud place.

Know Your Rights While the Police Detain or Interrogate You 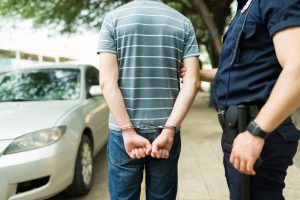 Understanding whether you are within your rights to walk away from law enforcement is challenging. Sometimes people face an evading arrest charge because they exercise their right to leave when an officer questions them.

An officer might say they are detaining someone but, in the same sentence, inform them they are free to go. The person could be confused, not knowing whether leaving the encounter is allowed or law enforcement is attempting an arrest.

You can walk away from the police if an officer tells you you’re free to leave. They should not arrest you for evading arrest. However, you must stay where you are if the police tell you they are detaining or arresting you.

Law enforcement might arrest you even if you have the right to leave. However, you can fight the charges if law enforcement unlawfully arrested or detained you during the encounter.

Charged with Evading or Resisting Arrest? Contact Us Now

Interacting with law enforcement can be stressful and scary. The arresting officer might use unnecessary force during the arrest. Protecting yourself from harm is a natural reaction in a situation like that. However, you could face criminal charges.

Resisting arrest and evading arrest are serious crimes in Texas. You can face jail time, fines, and other penalties if convicted. Fleeing or attempting to elude police while operating a motor vehicle can also lead to an evading arrest charge.

You should not try to defend yourself against these charges without help from an experienced legal team. At Rosenthal Kalabus & Therrian, our Collin County criminal defense attorneys fight hard for our client’s rights. We will aggressively defend you against the charge you face to secure your freedom and future. Call us at (972) 369-0577 for your free consultation today if you were arrested or charged with resisting or evading arrest.